Book
Our exclusive homes
Place
Every

In 1934, when the Danish actor Olaf Fønns was elected as Chairman of the Danish Actors’ Association, it was his plan to create a convalescent home for its members, though this was regarded by some as too-ambitious a project. However, the actor Henrik Malberg offered to donate to the association a large piece of land close to Marielyst, and it was this that started the project.

In order to raise money for the building work, the minister of Justice, K. K. Steincke, allowed the association to hold a lottery. It was with the profit from this, together with the proceeds from a series of midnight performances, that the association was able to inaugurate five individual and simple summer cabins, as well as one larger “gathering” house, that was named “Pejsestuen” (the fireplace lounge). This was in the year 1939. The gathering house still exists, whereas the five small summer cabins were demolished in 1988 and replaced with four new and larger holiday homes.

Henrik Malberg and Olaf Fønns also wanted to build a year-round convalescent home, and in 1944 they were able to open “Thalia”, a beautiful two-storey brick building.

A house full of art and atmosphere

The building contained eight guest rooms on the ground floor, with the interior of each room honouring a well-known Danish artist, including Asta Nielsen, Bodil Ipsen and Poul Reumert. The top floor housed a large hall, which served both as a dining room and living room for the actors staying the house. Next to this was the kitchen, the inspector’s residence and the board office. The walls were decorated with art donated to the Danish Actors’ Association. 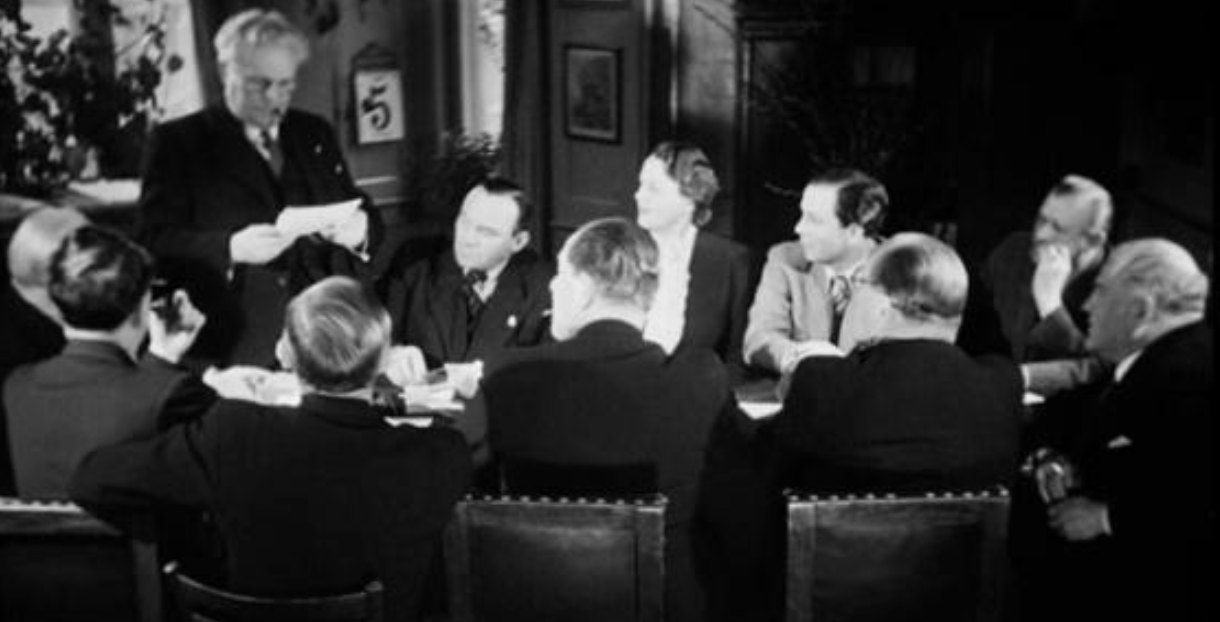 Henrik Malberg (Portrait)
Henrik Malberg
The actor Henrik Malberg offered to donate to the association a large piece of land close to Marielyst.
The house of Thalia
A house full of art and atmosphere was inaugurated in 1944 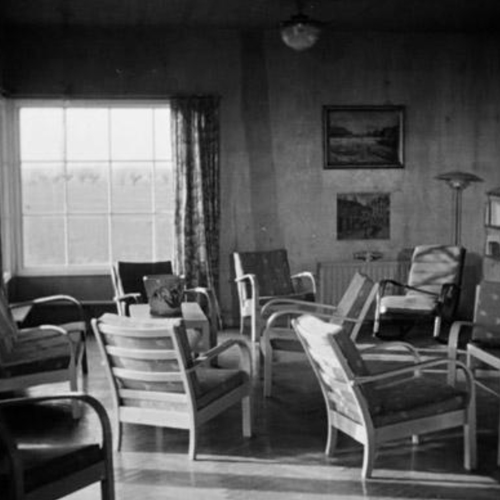 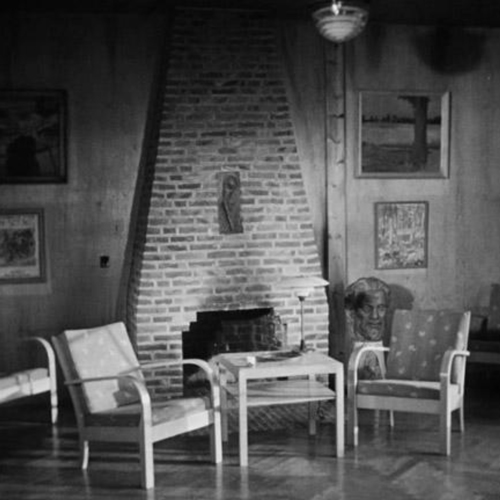 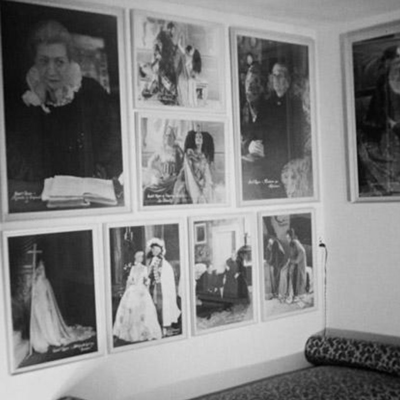 Memorial room
Special décor
The ground floor in Thalia consisted of a long hallway and eight rooms, each decorated in memory to a major Danish artist. 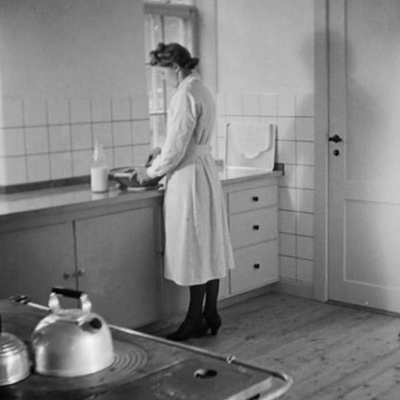 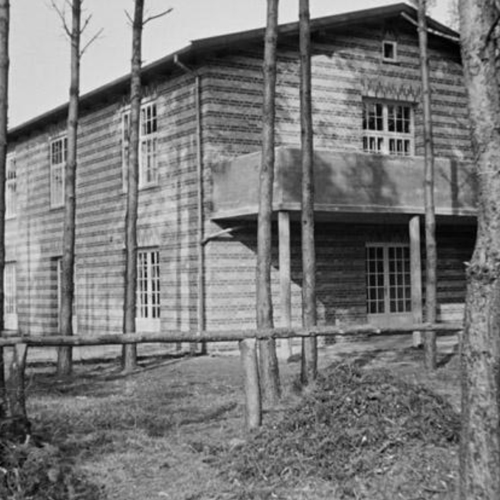 If you are interested in finding out more, you can see a 15 min. film from the Danish Film Institute here (in Danish)
All black and white photos on this page are stills from this film.

From actors to tourists

Over the years, many members of the association have enjoyed this lovely place, but because it became too expensive to run, the house was sold off in 1967.

We acquired Thalia in 2014, by which time the previous owners had already completed a thorough renovation, involving converting the eight rooms on the ground floor into four beautiful holiday apartments. At the same time the first floor was transformed into a bright and modern residence, though with immense respect for the house and its origin.

But there was still work to be done. On the first floor we had a spa room installed, a kitchen with professional appliances was built and the four bedrooms were given a makeover. A fifth apartment was established on the ground floor. Everything was ready to be rented out in spring 2014.

In the autumn of 2015, after much thought and consideration, we began working with a local architect to install an outdoor pool and sauna. This really was a long process, and one that involved many challenges, but once the project was finished, there was no doubt it had been worth all the money and inconvenience.

At about the same time, four of the apartments underwent a renovation after 10 years of use as rented accommodation. New kitchens were installed, and the walls and ceilings were painted. Additional insulation was added to the ceilings in order to mitigate the sounds from upstairs guests. This renovation has resulted in some truly unique apartments. They are popular with mostly German and Danish tourists, but visitors also find their way here from Norway, Sweden and the Netherlands. We have even had guests all the way from Hong Kong.

The piece of land on which Pejsestuen and the four holiday houses sit was owned by the Danish Actors’ Association until they decided to sell it in 2017. We saw an opportunity to reunite the properties as they had been 50 years earlier. Today this is a large area planted out with trees, shrubs and with lawns and paths between houses and parking lots.

Immediately after the acquisition, we cut down a lot of trees and shrubs, which had been left to grow for many years. We installed new bathrooms and kitchens in the four summer houses, and after updating the furniture and mattresses, it was not difficult to get the rental process going. Not only was there was a demand for this type of holiday home, but the idea of renting all four houses and Pejsestuen quickly became popular – especially after we added an indoor pool to one of the buildings, with completion in spring 2018. 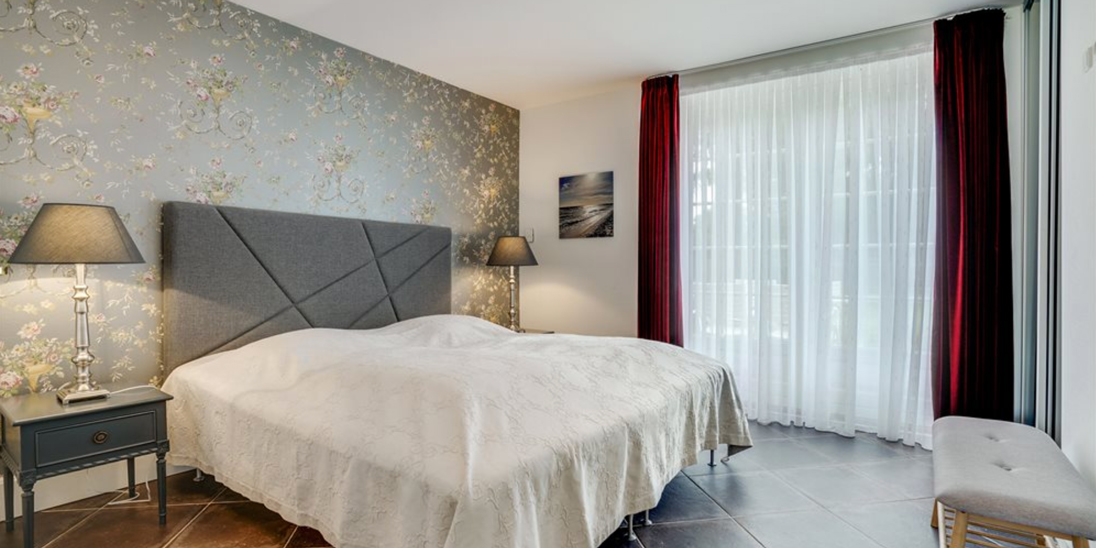 Apartments recently renovated
The chandeliers are still in use and light up the large living room. 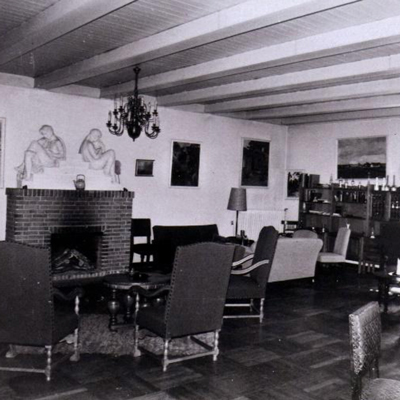 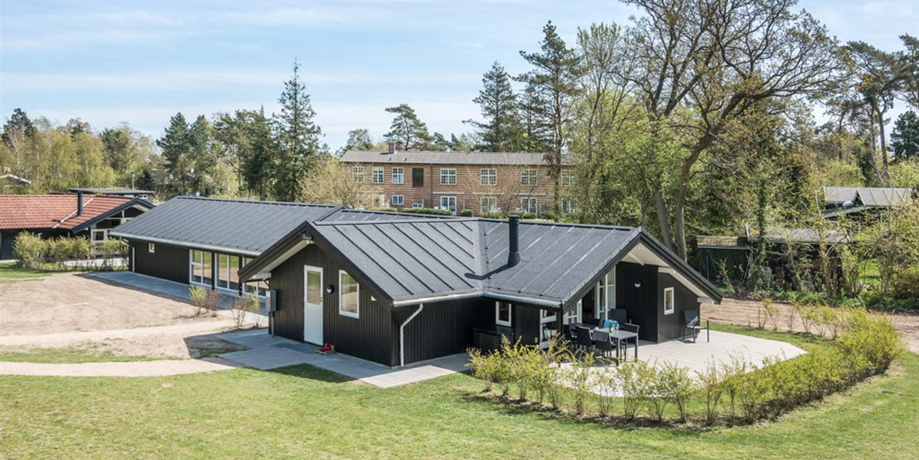 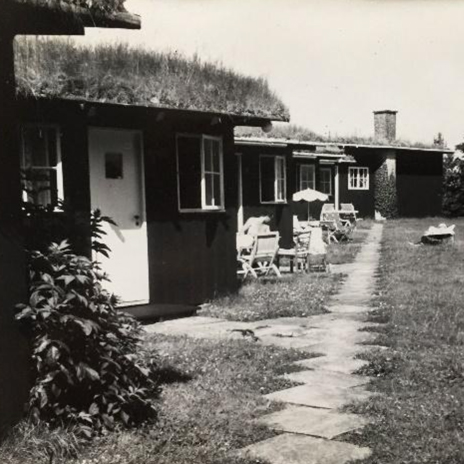 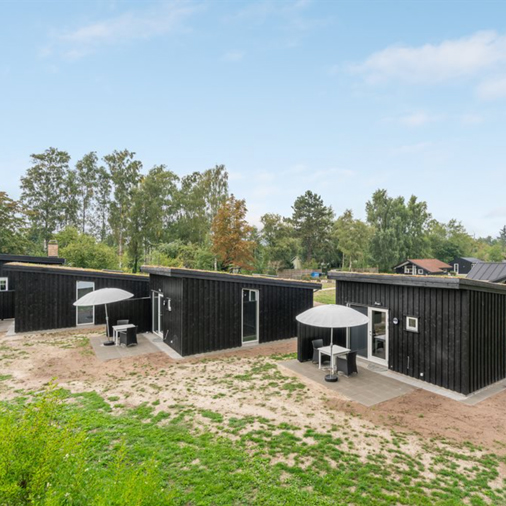 The story is updated

When we took over the holiday houses and Pejsestuen, they included the furnishings and the paintings on the walls. Among these were a number of frames containing old pictures from the inauguration of Pejsestuen in 1939. We had only been told by then that there had been five small summer cabins here. These old photos showed us – in black and white – what the cabins had looked like. A thought emerged: what if we could recreate these cabins? What a wonderful idea! And the thougt became reality. Three new holiday homes were built excactly where the old summer cabins had stood. They were completed in the spring 2018, with grassy roofs – just like in the old days. We call them “cabins for couples” – because there is only room for two people.

We are proud of all the initiatives and improvements that have taken place here in just a few years. Little did we know, when we just happened to stay one night in Thalia in 2013, that all this would become reality. But when the building was put up for sale shortly afterwards, we jumped at the chance. We had utterly fallen for its charm and atmosphere – and something tells us that we are not the only ones. We have several returning guests, and a lot of our guests book their next stay a year in advance, here in this oasis in Marielyst.